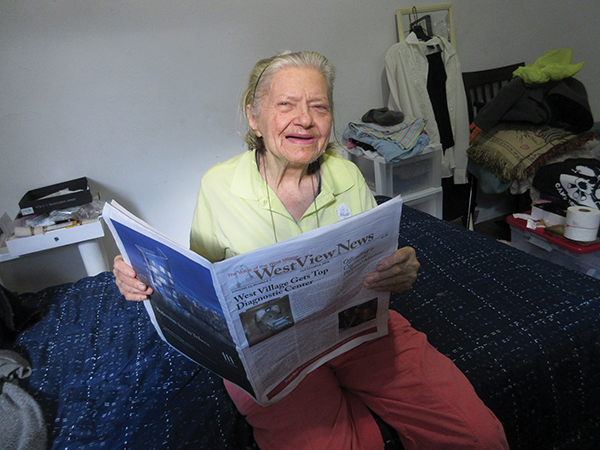 Helene Rajewsky was born on Jan. 14, 1926 and moved into her apartment on May 15, 1963.
During the Second World War she and her family escaped Kiev and traveled by night ......
She worked as a librarian and speaks several languages.

The Hauling Off of Helen

A real live New York Scrooge story on the Eve of the Eve of Christmas.
Just before the Christmas holidays Steve and Harriet Croman strike again.

The Cromans served Helen with eviction papers in 2012 when she was a soon-to-be 87 year old woman,
telling her to vacate her apartment by Dec. 23, 2012.

In Helen's Own Words:

He denied her the sky, the birds, and tree-tops - a view that she had looked at for years was no longer a " room with a view. "

Helen is home most of the time and eats meals at her kitchen table in front of this window,
looking out at the world. Over five years ago the window broke, and Croman's workers replaced it
with frosted glass, so she couldn't look out of her window anymore. She begged to have a clear glass
window again, but was refused.